~ A mum shares her birth and breastfeeding experience ~ 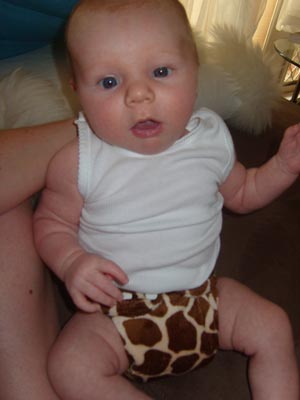 My view on breastfeeding when I fell pregnant was much the same as my view on the entire pregnancy, giving birth and raising a child – it’s all natural, it’s what you do, it’s what I as a woman was built for. There was no question about it, not only was I trying for a completely natural labour, I wanted my baby in my arms straight away so we could bond and we could begin the baby led feeding strategy that I had witnessed in my ante natal classes.

The natural birth plan didn’t quite go as we’d hoped, a long difficult labour ended with an epidural, an episiotomy and a vacuum extraction – consequently baby was quite drowsy and sleepy when he finally arrived and he wasn’t interested in the breast at all. I just held him close and knew we’d get to that eventually. About 8 hours after delivery and back on the ward the midwife came in and asked if he’d fed and he hadn’t so we set about trying to get him attached… pretty much she put him in my arms the way he was ‘meant’ to be held to be fed and shoved my nipple in his mouth… although not what I had expected, it worked and he had the first drink of his short life and boy was it a good one, and by far the most amazing feeling I have ever experienced, indescribable! Throughout the next 2 days in hospital the same thing, he wanted to feed I couldn’t get anything to work properly or needed help getting up on the bed etc so I would call a midwife who would come and ‘put him on’ for me, in all varieties of different holds… it’s not until now in hindsight that I realise how much damage these actions probably done. Baby C particularly wouldn’t feed off one breast, hence the attempt at every hold under the sun and the midwives just shoving him on. Looking back I recall one midwife in particular taking an interest in the fact that Cas wasn’t feeding every time I tried… she gave us sterile containers and syringes so I could manually express and feed him, but didn’t give me any advice on getting him to latch correctly. By the third day my nipples were excruciatingly sore but I thought it was normal and the midwives had all said he was attached correctly, and if that were the case then my nipple pain must have been normal I thought, that wasn’t the case as I later found out at the LC.

The day we were due to go home, Baby C was having a very sleepy day, I kept trying to wake him to feed but he wouldn’t latch on, the midwives were too busy really to keep checking in, and in the end we were discharged from the hospital with Cas not having fed for nearly 12 hours. We had taken with us some syringes and sterile containers so we could express and decided to stop on the way home and purchase a manual pump just in case. By the time we got home my milk had come in and my boobs were so full and sore, on top of this I was having my crying day. A hungry baby and a new crying mum with huge breasts that no way possible would fit into a babies mouth do not make for a good first night home. We tried and tried to get him on the boob, tried to let him lead, tried to put him on, tried every hold possible and still all he did was slobber on my nipple, nose around, put it in his mouth and spit it out. I expressed what I could and Cas had a bottle on his first night at home. I was devastated. This just fuelled my awful hormonal crying, my poor husband didn’t know what else to do except stand there with a box of tissues! We were still awake @ 1am, either too tired or scared to sleep. I called the 13 Health hotline, concerned that he had only drunk 20ml in 12 hours, but a lovely male midwife assured me he would be okay and to make my way to the local early feeding clinic in the morning for help.

So on our first day at home we shipped out to the clinic, certainly not what we had expected for our first day at home. The midwife there was lovely, showed us a video, asked some questions, talked us through it. Everything she told us to do or showed us we had been trying already, but we felt more confident thinking we were doing it right so it would work eventually we just had to keep trying.

My hospital midwife called the next morning (DAY 2 at home, 4 Days since delivery) to check in and I filled her in, she wasn’t happy and booked us in with a lactation consultant that afternoon at the hospital. Her attitude about us having bottle fed the baby already wasn’t appreciated. Her words were simply, that’s not good enough. The LC told me my nipples were severely damaged and advised I stop trying to feed for at least 2 – 3 days. She went through everything we’d already been through and we had a chance to try a baby led feed whilst we were there, and of course it works when there are an extra set of 2 hands holding the baby, getting his hands out of his mouth and moving my nipple where it needed to go. Again we left confident, I even managed to get Cas to attach twice that same night, but that was all. More expressing and bottles followed. We were due to go back to the LC in a week, and our only aim was to have Cas attached approx once a day. It didn’t happen. He would get close to the breast and then scream and scream, or nuzzle around the nipple and then suck once and spit it out. I ended up in tears, hysterical that I couldn’t give my baby what he needed, and covered in milk because it just flowed as soon as he came close. We tried before a feed, after a feed, after expressing so my breasts weren’t as full, sitting up, laying down, day time, night time… it felt like all we did was try with no results.

The hospital midwives continued to call and question us, I felt like I was in school and if I said the wrong thing I’d get into trouble, as if there were only one right way and that was breast, and it would work and I was obviously doing something wrong. By the weekend the midwife had had enough and dropped by to sort it out herself. She surmised that he was refusing the breast as my milk was letting down too quick for him and effectively ‘drowning’ him and scaring him. She showed me a hold I hadn’t been shown where Cas was straddling my leg and feeding upright. Again it worked because of the extra set of hands and it was amazing to have him feed from me again, but that was to be the last time. I tried again and again with that hold and a no hold at all, just letting him go for it whichever way. The emotional stress it was putting me under was awful, my husband couldn’t stand it anymore. He said this last visit to the lactation consultant was it, and if it didn’t work we would express. So we went back to the LC 13 days after Baby C was born, it was here she told me that she thought Cas had a short tongue and my nipples really were quite flat – as well as my boobs being very full with milk due to my fantastic supply. She tried to get him to attach but he wouldn’t go anywhere near the nipple. The outcome was the LC saying she didn’t think he was going to attach and giving us the contact details for a chiropractor as she thought the ventouse delivery may have put something in his back out of alignment which can affect attachment.

Needless to say we didn’t call the chiropractor, we had just had enough of everyone giving us different reasons and no options. We left that day with no real guidance as to what to do next but we had decided we would express, so I got on the phone and proceeded to go about hiring a hospital grade electric pump. I had no recommendation from the hospital or a midwife on what was best. No one had spoken to us about formula or bottles. One of my midwives was still calling regularly, she a mum herself shared her story that her eldest didn’t attach for 3 weeks perked me up a little bit and made me see I wasn’t the only one in this situation, however it certainly feels that way when any other option other than breast seems a taboo subject. I’ve since discovered via an online forum that there are mum’s who exclusively express, and for all different reasons.

I personally have found it to be quite rewarding, although very demanding – to the point of exhausting. I still have a plentiful milk supply and Baby C is a very healthy boy, thriving on his booby juice – just because it comes out of bottle doesn’t make it any less magic!