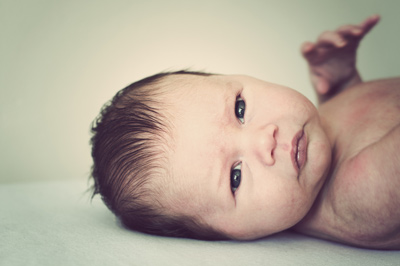 It was 3 days before Christmas and at 7:30am on Saturday morning my waters broke, not to my husbands surprise as this was his birth date prediction, so he calmly snoozed as i fluttered around the house making phone calls to my midwife and my home support.

Not long after we had decided it was time to set up the pool as over the past few months leading up to the birth i had received many positive comments about the benefits of birthing in water.

The contractions in their full arrived along with our loved ones in anticipation of our second son. Ethan(our first born) was 20 months and born at 6 week premature, so our first instinct was to avoid NICU at all cost, hence the well thought out decision to home birth (which terrified me to be honest).

My contractions came and went with the hours of the day, and they stayed at a steady 8 minutes apart for 8 Hours, being aided by my sister, hot cloths were applied with each contraction. As the contractions felt stronger i was urged by my body to get into the pool, and at this point i entered a transitional state which was different to birthing our first son as my contractions didn’t get closer, just still 8 minutes apart and with a very deep throb i was suddenly birthing our second son the shock and amazement of all who were present, it was quick, too quick.

Spencer was born with 2 pushes and my dear son was unresponsive and in shock, he didn’t cry, he didn’t blink, he didn’t breath, he was bruised and purple. My midwife jumped into action and with the aid of my mother, Spencer was removed from his umbilical cord, which instantly sent me on an emotional roller coaster as we had planed to keep him attached as long as possible as we believed he would benefit from prolonged attachment.

I sat in the pool, shocked and concerned, I didn’t move, I watched as my limp son struggled to respond. Air was administered as he was breathing but it was shallow. He was dressed, weighed and prepared for our trip to the hospital as a precaution; Spencer needed a thorough inspection of his respiration and his functions. Still shocked and nervous about our trip to NICU, I prepared a bag, had a shower and realized it’s been 2 hours and I still had not held my child. Emotional memories of having our first son (Ethan) in hospital came flooding back. All our preparation and decisions to birth at home were suddenly becoming redundant, having to leave my safe, warm home environment was very unsettling, but with my beloved midwife who had also assisted in the delivery of Ethan and my nephew, I felt in good hands and trusted her that all will be ok.

Spencer arrived at Christchurch Womens’ hospital with a healthy set of lungs, hungry for food and looked well. We stayed on the maternity ward for less that 24 hours and with Spencer being my second and having birthed at home I felt a sense of achievement and strength, and getting him home was my main focus.

It revealed some time later after tests that Spencer’s placenta had started to come away and that his bruising was cause by his head being stuck, which was the reason the non progressive contractions. Ultimately I believe the pool saved our lives. The pool offers a relaxed, free movement approach, while out of the pool I felt stiff and tense, I would recommend the pool to anyone, it was AMAZING.

With Christmas only 2 days away Spencer, Ethan myself and my Husband Nick were making the most of being at home, making plans for a family filled Christmas. Spencer thrived well and is still thriving; he is now 3 months old but the memory of his day will stay clear in my head for many years to come. Thanks you to all the loved ones who were aiding us on this special day.