Breastfeeding can hurt to start with.

I got a txt from a gir friend while she was in the maternity ward with her new baby boy.  Her message said “no one told me breastfeeding would hurt this much.”

I should have warned her and told her that breastfeeding might hurt to start with, so that she wouldn’t get the shock.

When I had both my children, breastfeeding did hurt while we were learning.  When I tried to breastfeed during the first few days in hospital, I was very clumbersome and didn’t really know what to do.  I would ring the bell each time baby was due for a feed, and get the nurse to help me latch.

I remember for those first three or four days after birth, it really hurt when I latched my baby.  I would be screaming inside my head (not aloud as that would have really startled the baby).  It was really tough.

The reason that it hurt like this, I found out later, was because I had grazed nipples.

When babies are latched properly, and breastfeeding and drinking, there should be Zero pain.  If you are getting pain that ‘makes you scream inside your head’ then you need to remove baby from latch and start again.  Get your midwife to check your nipples for grazes, cracks, chafing – there are things that you can do to help this.  (check out our Breastfeeding Aidesection, I’d highly recommend the Purelan Nipple Cream and the Hydrogel Discs. Take these with you in your hospital bag!!

For a perfect latch baby should have their mouth open wide like a fish, in the shape of a K (like on the Kellogs cereal logo). 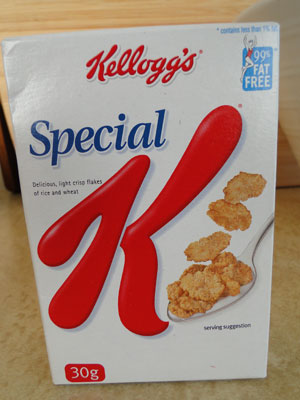 For the first three days baby was just drinking colostrum, small volumes.    But on day four my ‘milk came in’.  My boobs seemed humungous, like flaming hot lead balloons.  Because my boobs were so engorged, my nipple seemed to shrink in size and this made it difficult for baby latch.  My solution was to apply some heat packs about 5 minutes before feeding was due, and sometimes I massaged a little milk out with my hand.  This engorged feeling only lasted about 2 days.  But it was to reoccur when my son got older, and would sleep for longer stretches.

With my second baby it was definitely easier to get breastfeeding started (though I did need a reminder about how to position and hold this tiny baby) and I still had to teach him what to do.